Murphy’s Law and the Mercenaries commonly consists of four podcasters.  Some episodes may have more, some of them may have less.

Shane graduated from Arizona State University with a Bachelor’s in Business/Communication with a minor in partying.  He is married to his wife, Jessica, since 2009, and is expecting his first child in July 2012 (looks like that minor he got from ASU is going to be pretty useless.)  Check out his personal blog at www.shotgunfuneral.com and follow him on Twitter @ShotgunFuneral.  He can also be found periodically on Xbox Live, and he’s always ready for some MW3. 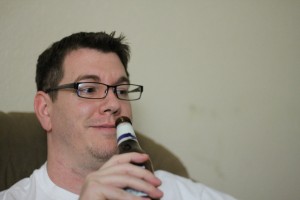 Neil hails from the home of the Colts, Indiana.  Living in Gilbert with his wife, Neil practices akido and enjoys spending time with his two dogs.  A huge fan of MMA and the UFC, Neil is a cornucopia of knowledge in all things mixed martial arts.  Hook up with Neil on Xbox Live, his Gamertag is Mursenary214

Geoff is the single one of the group, but spends all his time crying about his one true love: The Philadelphia Eagles. He is a connoisseur of old school videogames, epic movies, sappy music, terrible beers and all things Batman. He currently lives out of his car, but can still afford to pay for his iPhone and Netflix subscriptions. 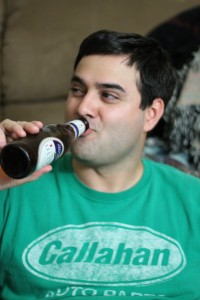 Ryan lives in Gilbert, AZ with his wife and three kids.  Ryan is the resident MMORPG gamer, and can currently be found most often on Star Wars: Knights of the Old Republic.

MLATM.com will also try and have guest speakers every so often.

Use us for your Amazon purchases!